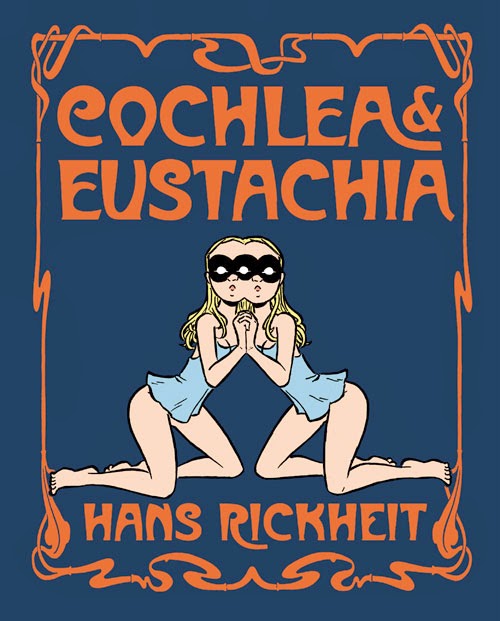 The Cochlea & Eustachia book is on page 338 of the latest PREVIEWS Catalog! Go & urge your local comics dealer to oder it now!

Posted by Squirrel Machine at 5:35 PM No comments:

Yes, I Am Still Drawing

Just to reassure you, I am working on new comics to post online. The website is awaiting upgrades. In the meantime, here is a preview of sorts, in the form of another process-breadown of my drawing tactics. 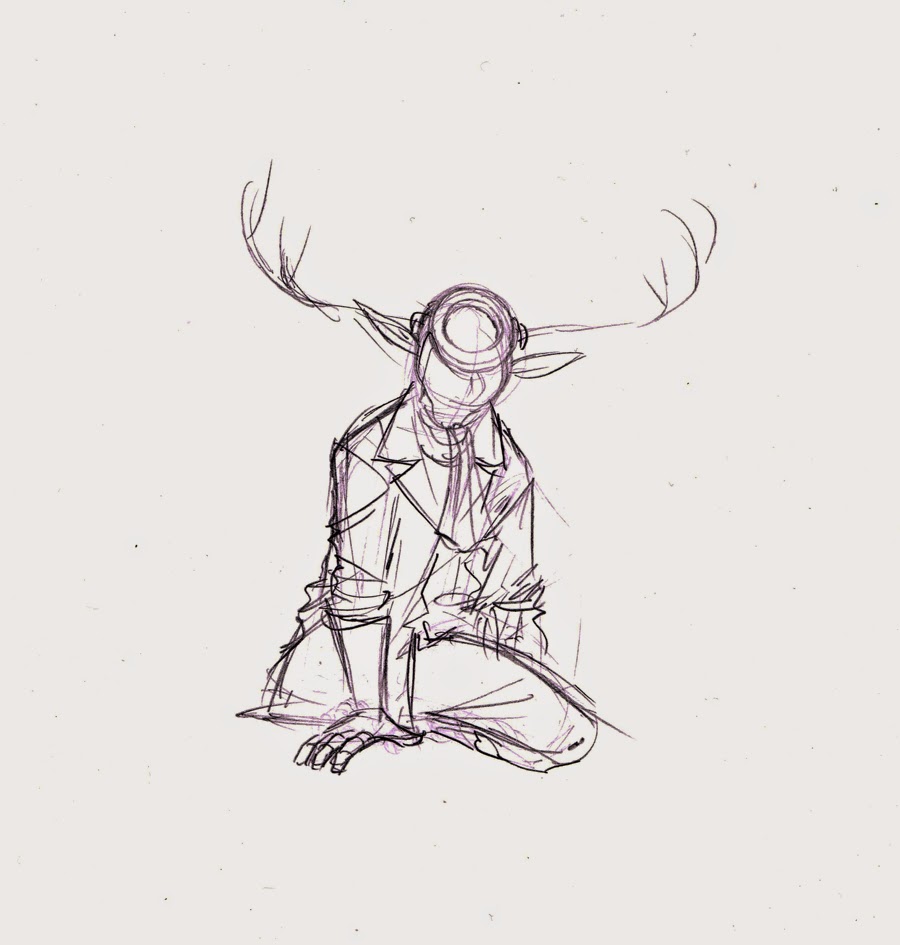 Lately, I've been sketching the central figures on cheap xerox paper which I transfer to the final page by tracing them with a light-box. Here is the (unnamed) character crawling out of a hole in the floor. 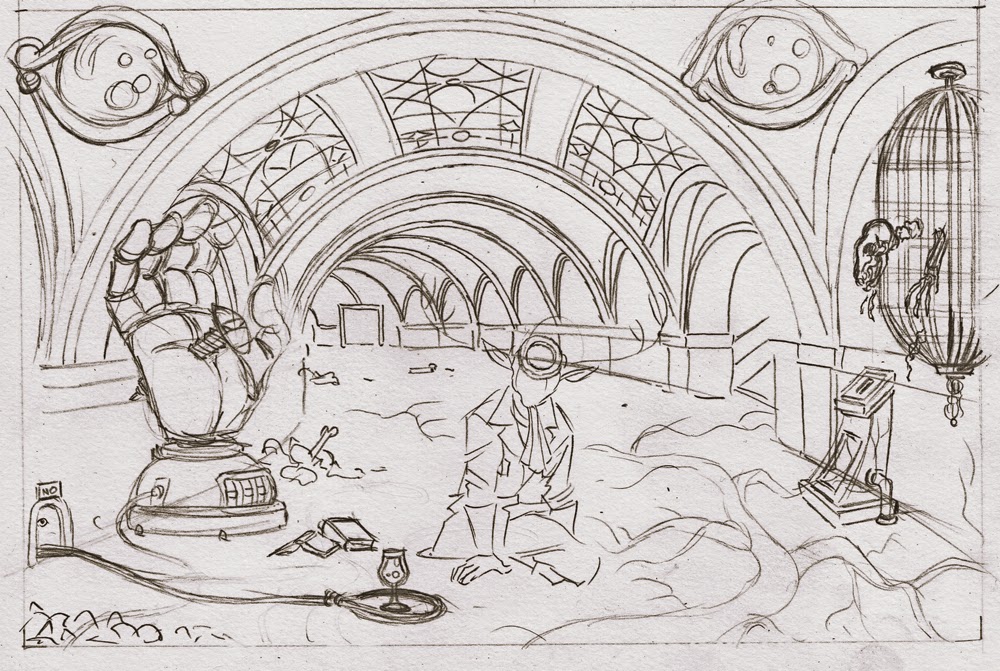 This is the early pencil of the panel in progress. As you can probably tell by his lack of skritchyness, the character was traced in. the tunnel was based on some random reference photo - probably an abandoned underground railway public entrance. I add other details for my own amusement. 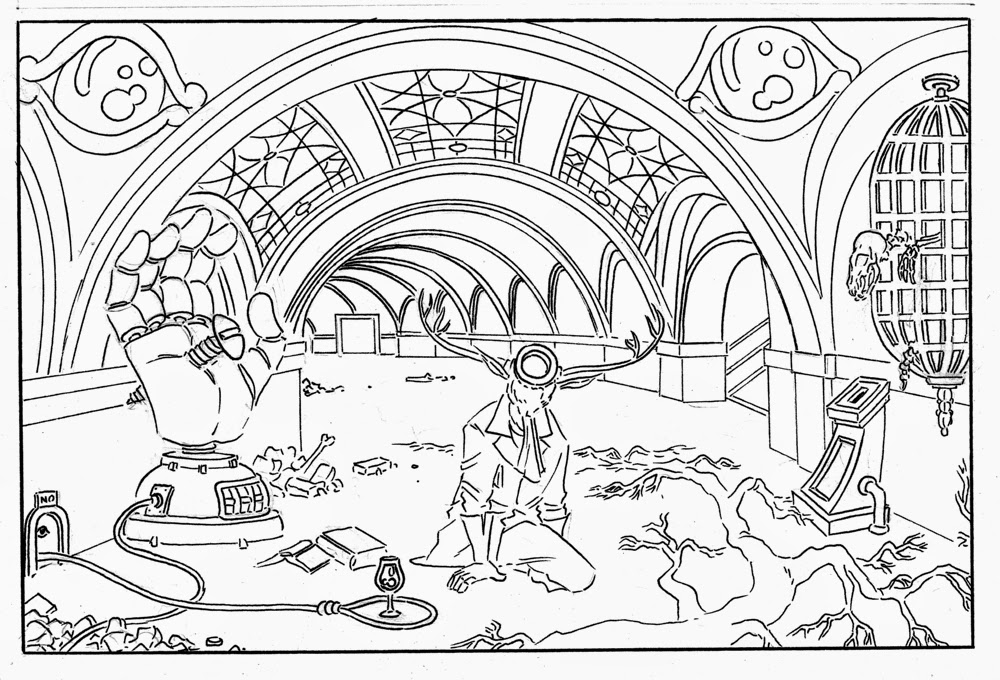 Initial inking, with pencils erased. I'm not very good at using drafting tools for making curves, hence some of the arches look warped. 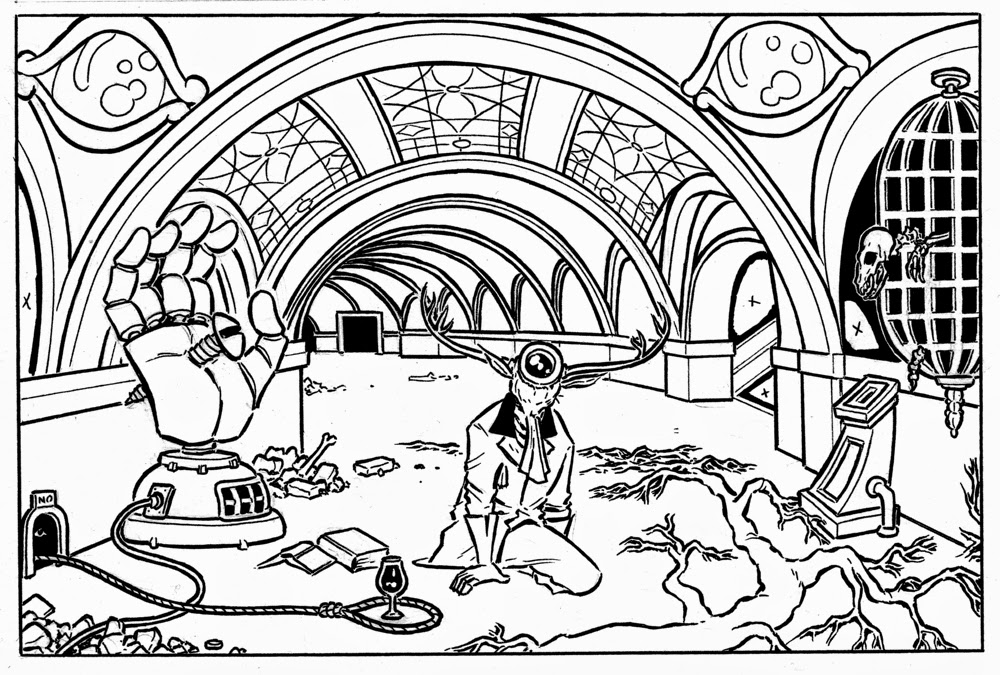 Disregarding the problematic arches, I go ahead and start embellishing the inks and add some line-weight where needed. Some people ask me why i don't use a brush. My hands are too tremulous for that. 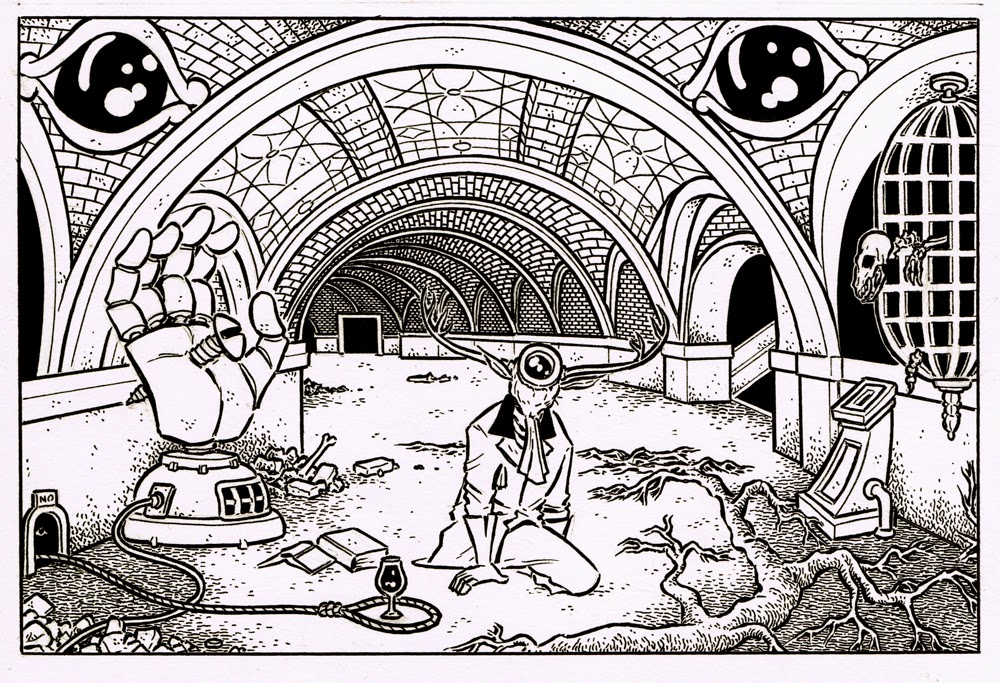 Completed inks, with texturing and black areas filled in. Later on, I will do some digital altering to fix  the arches and add color. Hopefully, I will be posting this page on the Chrome Fetus Website before the end of the year!

In the meantime, be sure to pre-order the new volume of Cochlea & Eustachia from Fantagraphics! I thank you for your attention!

To contact Hans directly, he can be reached at:
hansrickheit@hotmail.com 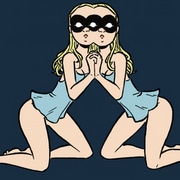 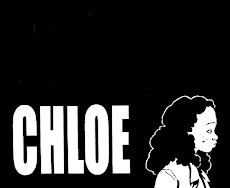